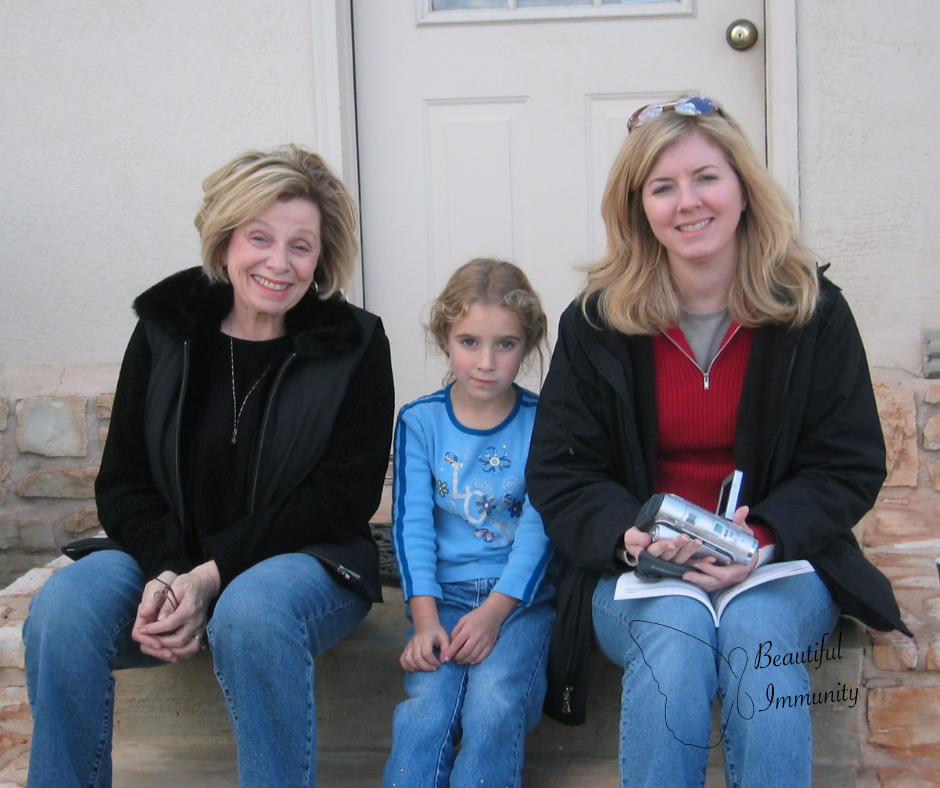 All The Things I Tried (Unsuccessfully) To Get My Health Back

I’m sure you’ve been at a spot when you were desperate to feel better, and you tried lots of different things.  Or, maybe not, maybe you’re the kind of person where everything comes easily. (Does that even exist? Doubtful. Some people are just better at faking it.)  Well, I tried a lot of things.  Then, I just kind of got to a place of acceptance.  I would always have thyroid disease.  I would always have digestive issues.  They just ran in my family.  They were part of my genetic makeup.

When I was about 16, my digestion problems started to interfere with my time at school.  I went to the doctor, who prescribed a pill. (Nothing was ever said about my boyfriend at the time, who was filling my life with drama.)  I didn’t take that pill long because it didn’t help all that much, and frankly, it’s just too much to think about taking a pill every day at that age.

I got married ten years later and had my first child shortly after.  I began having gallbladder pains.  I called my parents one night to come watch the baby while my husband took me to the emergency room with excruciating pain.  By the time they got to my house, the pain was completely gone. Poof! Like it never even happened.

After testing, we learned I had gall stones and it was best to remove my gallbladder.  (And guess what?  I was also having trouble with my then husband and our relationship.  Do you see a pattern here?  I also went to counseling for a while.)

After my second child, I was diagnosed with Hashimoto’s and hyperthyroidism.  (Another incident with my ex. Wow!)  I was given a pill and told I would have to take the medication for the rest of my life.  In the picture above, (that’s me on the right) you can see my enlarged thyroid. I was also diagnosed with rosacea at some point during this time.  That was taken care of fairly easily with a topical medication and antibiotics.

When my third child was born, things were okay for a while and then when he was a little over a year, I got divorced.  I lost a ton of weight, and the endocrinologist found a nodule on my thyroid.  I had to have a biopsy to rule out cancer.  It was cancer free, thank goodness.

My final rock bottom came after my mother passed away and my new husband and children were having trouble building a bonding relationship.  I was depressed from losing my mom and not equipped to help my family get along.  My digestive issues were really interfering with my life and this time I gained a lot of weight.   I did have a hysterectomy at one point during this time.  I’m sure my hormones were out of control, which could have been handled another way.

I decided that food might be causing my digestive problems and I went to see a gastroenterologist about testing for celiac disease.  I only had 1 out of the 2 markers needed for a diagnosis.  The doctor suggested that stress was my problem.  That made me so mad for some reason, lol.

I took gluten out of my diet anyways, and felt better within a week.  I know stress and emotions were a huge part of my illness, but amazingly, my digestive issues went away, and my rosacea.  I’ve since cut out eggs and almonds, which relieved my constant sinus issues and extreme exhaustion days.

As you can see, I’ve been through many health issues, and they could all be tracked back to stuck emotions and food sensitivities (which probably started with stuck emotions too).  I’ve since learned, after many years of treatments, diagnosis, and counseling, that I am a highly sensitive empath.  I’ve learned how being an empath has truly affected my health because I did not have healthy boundaries and did not learn to appreciate my gifts.   I absorbed the emotions of toxic people and tried to people please.  I’m not saying I’m 100 percent better about that, but I’ve definitely learned some tools that I teach other women.  I’m not as triggered by negative emotions as I used to be and I have learned to listen to my own intuition.  No longer will I let someone else be the authority over my own thoughts.  I’m learning to ask for what I want and say no when something doesn’t feel right for me and my family.

If I had it to do all over again, I would have started with diet years ago.  I also would have learned more about expressing my negative emotions in a healthier way.  I wish I would have trusted myself more.  Now, I help women that are empaths or highly sensitive to improve their own health by listening to their own intuition and setting healthy boundaries, so they can finally find the peace and joy that they have been desperately searching for.

If you would like to dive deeper into your own health concerns and learn how to feel better quickly, schedule a free 15 minute call with me here.