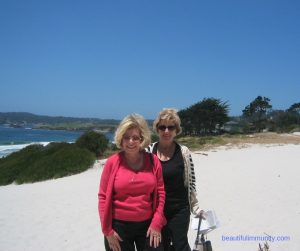 The day my mother passed away, I couldn’t talk to anyone without bursting out in tears.  There was no way I could call all of her friends and co-workers.  In stepped her beautiful best friend, who was like a second mom to me.  I remember thinking, “Thank God for Clydeine”, because she was still there for me.  I wouldn’t feel quite so alone.

Clydeine had been having a pain in her side and was going in for testing the next week.  During that testing, she found out she had pancreatic cancer.  She found a doctor she liked and he wanted to do chemotherapy and then surgery.

My family and her daughter knew from my mother’s chemotherapy that that wasn’t going to be a good choice.  Chemotherapy made my mom so weak.  My father had an oncology surgeon friend that had done this type of surgery many times.  He said to send her to him.  He would recommend the surgery first.  We tried to talk her into it, but she was more comfortable with her own doctor.   We had to respect her wishes, because cancer is a very personal journey.

What we feared the worst, came true.  Clydeine was too weak and sick after the chemotherapy to ever have the surgery.  She stayed in the hospital until they just couldn’t do anything else for her and released her to hospice care.  Unfortunately, she passed away within about 6 months after my mother.  I was devastated.

I wish that was the end of the story.  But, it’s not.  My beautiful neighbor and great friend called me to come over one day, during the time of my mom’s cancer treatment period.  She and her husband sat me down.  They knew this news would be particularly difficult for me because of my mother’s cancer.  They told me that Wendy had lung cancer.  They assured me that it was highly treatable and that it may come and go, but she would live for up to 10 years.  However, she also became sick from the chemotherapy and passed away about 2 years after her diagnosis, one year after  my mother. (I couldn’t post a picture of Wendy because my photos are packed away from the flood.  I will update soon.)

Three beautiful, wonderful, loving women stolen from my life within a year.  They all were mentors and guides for me.  I honestly don’t know how I got through that year.  I guess I had to keep going for my children, but in the next few years, many things in my life began to unravel under the stress, my job, my marriage, my relationship with my children, everything.  My health began declining as well.  I guess this is when I hit rock bottom and climbed my way out slowly but surely, making small changes, and some big changes too.

This is why I am passionate about helping women avoid disease and improve their own health.  I don’t want anyone to go through what I went through.  Watch for part 4 for my tips on avoiding disease.